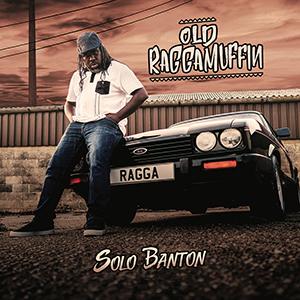 Has it really been seven years since Solo Banton rejoiced us with a new long player? The English deejay returns in full force with 'Old Raggamuffin', for which he once again joined forces with Reality Shock producer Kris Kemist. Just from looking at the track list, you'll immediately notice Solo and Kris definitely splashed out on vocal guest this time: Macka B, Mikey General, Earl Sixteen and the sweet-voiced soulstress from Reading, also home to Kemist and Banton, Sabrina Bell (with whom Solo recorded the very personal 'Transitions & Changes', a song in which he tries to come to terms with the murder of his brother). Our personal favorite is 'Wickedness Trending', over a revamp of Dennis Brown's 'Don't Want To Be No General' (with the catchy 'Edutainment' featuring Macka B definitely a strong runner up). Those who like to look for well-known riddims should also check out 'Drag Foot', because for that song Kemist recycled the riddim that was used by producer Bertram Brown (Freedom Sounds) for Rod Taylor's 'King David, Solomon, Moses (Ethiopian Kings)' or Phillip Fraser's 'Come Ethiopians', and for the real connoisseurs there's finally 'First World Problem', recorded over a re-lick of 'Keep The Pressure Down', a lesser known song by Errol Dunkley. Lyrically drawing our attention were the aforementioned 'First World Problem', in which Solo sarcastically refers our daily Western luxury problems to the dustbin, and 'Awkward', an indictment of the averse reactions of many white people when certain dark episodes from slavery and colonialism are mentioned by blacks, almost forcing them to apologize for the inconvenience caused and the fact they're proud of their black identity. 'Old Raggamuffin' Solo Banton returns in great style!