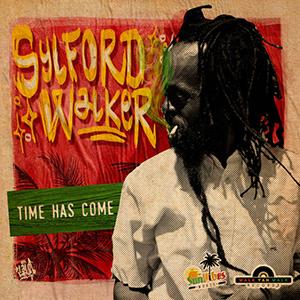 The Sunvibes Music label was founded by Leon Cameron, a Jamaican from Yallahs in Saint Thomas, who moved to Little Elm, Texas, USA. Cameron is a nephew of Jamaican veteran Sylford Walker, so it should come as no surprise that for 'Time Has Come', the first release on the label, the two joined forces. The album was previously released on Walker's own Walkyahwalk Records label, but has now been digitally rereleased by Sunvibes Music. With the 'Just Can't Understand (Remix)', Walker makes a brief reference to one of his classics, 'I Can't Understand', which was released on Bunny Lee's Attack label in 1976. Sylford's voice has become more gritty over the years and not all tracks on 'Time Has Come' could convince us (the dancehall-light of 'Love', the dance beats of the aforementioned 'Just Can't Understand (Remix)'), but more rootsy songs like 'Swell Done', the excellent 'Righteous Rasta', 'Sometime Coffee' and 'Time' are more reminiscent of Walker's earlier work.