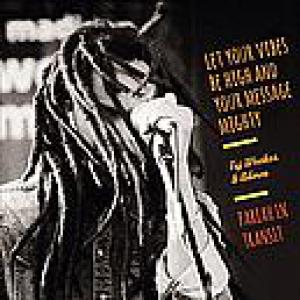 Yours truly was introduced to the music of Saint Lucian Taj Weekes thanks to 'A Waterlogged Soul Kitchen', an album from 2010 that lacked a certain punch and did not leave an unforgettable impression. The difference with 'Pariah In Transit', a live-album recorded during concerts in the US and Canada, is huge, as on stage, Weekes and his band Adowa seem to deliver a solid spiritual show. The album never reaches Midnite's mystical level - the lyrics of Taj Weekes are much more accessible than those of Vaughn Benjamin - but those who enjoy the musical vibes of a Midnite concert, will also be partial to 'Pariah In Transit'. To those who are still not convinced: the entire profit of this album goes to T.O.C.O. (They Often Cry Outreach), an organization founded by Weekes in 2007 to improve the life of underprivileged children in the Caribbean. Buy this record!