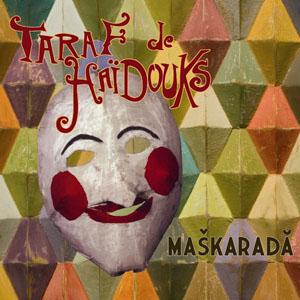 More than five years after their last studio release, the worldwide acclaimed 'Band Of Gypsies', the Romanian gang of bandits (translation of Taraf de Haïdouks) returns with 'Maškaradă'. Taraf would not be Taraf if they hadn't once again found a highly original take on Gypsy music. If at the beginning of the twentieth century many classical composers were influenced by the folklore and music of the Roma, now, about a century later, Taraf de Haïdouks thought it high time to turn the tables. For 'Maškaradă' they composed a number of Gypsy adaptations of well-known classical works by composers like Khachaturian, Bartok and Kosma; quite an effort when you know the musicians of Taraf don't read music and had to reinterpret everything by ear!