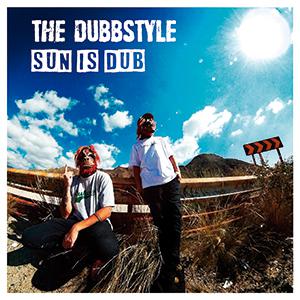 Even in Latin America dub is being produced nowadays, as proven by Argentinean brothers Mauro and Federico Salina who are presenting their second release as The Dubbstyle with this 'Sun Is Dub' EP. In their home base Mendoza, capital of the province of the same name in western Argentina, a region best known for its wine production, for 'Sun Is Dub' the brothers put eight different compositions together: the dreamy opener 'Navidub' refers to Navidad, the Spanish term for Christmas, title track 'Sun Is Dub' is an almost unrecognizable dub version of Bob Marley's 'Sun Is Shining', in 'Combinacion' a sample of the voice of Shruti Katkar, a classically trained Indian singer specialized in the so-called khyal style, provides some oriental vibes, and 'Zumbido' ("buzzing") is pure digital dub. Finally, closing track 'Simona' is a revamp of the duo's 2015 debut album title track, for which they called in the help of Mexican Unidub Estereo. Dub it inna Dubbstyle!