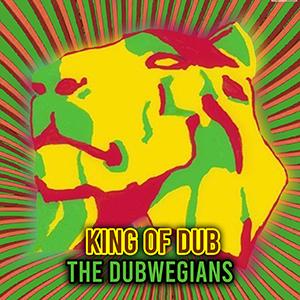 Two years after the re-release of their 2011 'South Of The River Clyde' EP, Glaswegian duo The Dubwegians return with this 'King Of Dub' EP. Once again, it's a re-release of songs that date from 2013 but at the time didn't get the attention they deserved. If 'South Of The River Clyde' was still a combined wink to their hometown Glasgow and Augustus Pablo's classic 'East Of The River Nile', then this time - as the title suggests - it's the works of dub-grandmaster King Tubby that takes center stage. The track list features 4 dubs, all featured on the 1998 compilation album 'King Tubby, Hits From Studio One And More' (Rhino Records). 'King Of Dub' opens with 'Cut Through Dub', a dub adaptation of the Ali Baba riddim, immortalized by Tubby as 'I Trim The Barber', followed by 'Assassin Dub', a dub adaptation of the Please Be True riddim (originally recorded by Alexander Henry in 1969), and 'Pretty Colour Dub'. The Dubwegians conclude with 'Rule Book Of Dub', on 'Hits From Studio One And More' called 'The Rule Book Of Dub' and not to be confused with 'The Dub Book Of Rules' (we're not making this up). Nice inbetweener!