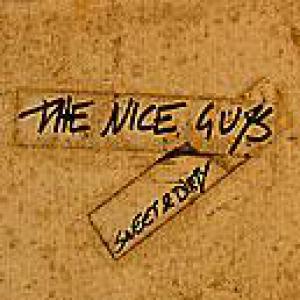 The Nice Guys are a Ghent (Belgium) based band founded over ten years ago when members of punk formation The Accused decided to have a stab at playing some genuine ska. Twelve years, one demo and a number of line-up changes later, the band now released 'Sweet & Dirty', an eight track EP, recorded at Majestic Studio (also see Collieman, Rohan Lee); a collaboration that must have gone down quite smoothly as they're now working on a full album to be released in 2014. With songs like 'Funky Blowjob', 'Backdoor Happiness' or 'Dirtiest Man In Town', The Nice Guys clearly felt inspired by the more explicit repertoire of veterans like Prince Buster or Laurel Aitkin but on their Facebook page the band also cites The Slackers and The Skatalites. 'Sweet & Dirty' indeed!