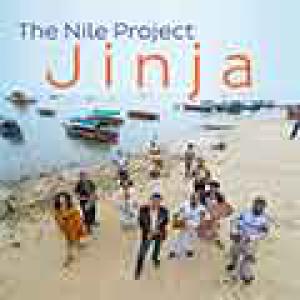 The Nile Project is a collaborative project uniting15 musicians from different countries - Ethiopia, Egypt, Kenya, Uganda, Rwanda, Sudan and Burundi - around the Nile and its tributaries. In 2013 there was already the live album 'Aswan', and for this studio-successor The Nile Project gathered in Jinja, a town in the south of Uganda. However, The Nile Project is about more than just playing music, as its real mission is to make the world aware of the fact the number of people making use of the Nile-basin, far outweighs the ever dwindling water supply. Opener 'Inganji' is an encounter between the voices of Rwandan singer Sophie Nzayisenga and Ethiopian vocalist Selamnesh Zemene. 'Allah Baqy' is an old Egyptian love song, performed here by Dina El Wedidi and Sarah Abunama-Elgadi, with the latter adding some Sudanese vibes to the original, and 'Dil Mahbuby', again with El Wedidi on vocals, but with a leading role for Mohamed Abozeky's oud, is in the same vein. For 'Ya Abai Wuha', again featuring Selamnesh Zemene 'Jinja' goes Ethiopian and 'Tenseo', this time with Jorga Mesfin's sax in combination with Zemene's voice, is pure Ethio-jazz (albeit this song, in which Mohamed Abozeky's oud can also be heard, has its origins as an Egyptian Coptic Orthodox  hymn). In 'Omwiga' you'll hear the adungu, a typical Ugandan harp, and 'Biwelele' showcases the ikembe and enanga, respectively a Rwandan thumb piano and zither. If you're in the mood for a musical trip down the Nile, 'Jinja' is definitely the record to get!