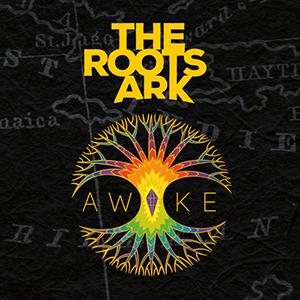 The Roots Ark, a project started in 2016 from the collaboration of French composer and multi-instrumentalist Greg Dandelot with a number of musicians who earned their spurs in the jazz scene (Marianne Jagut and Marine Annic - backing vocals, Mathieu Lagraula - guitar, Abdourahmane Cissé - keys, Emmanuel Biraut - drums, for this album joined by guest musicians Aurélien Bucco - trumpet, Stephane Atrous - saxophone, Nicolas Chassay - saxophone, Paul Babin - trombone and Gabor Turi - percussion). Long-player debut 'Awake', recorded in the Garage Hermétique studio in Nantes, mixed in the Lone Ark Studio in Santander and mastered in studio Euridia in Bilbao, for which Dandelot joined forces with Spanish producer Roberto Sanchez, resulted in twelve vocal tracks and two (bonus-) dubs. In opener 'Remembrance', one moment Greg's vocals are reminiscent of Pablo Moses and the next of Cedric Myton's iconic falsetto voice, but more jazzy tracks like 'Crucial' or 'Talk With Ya', in which the virtuoso skills of keyboardist Abdourahmane Cissé stand out, are more reminiscent of Groundation. Thanks to his work with Alpheus, we know Sanchez isn't averse to some rocksteady, and with 'Why You So Curt' he and Dandelot recorded a instant rocksteady classic. No Roberto Sanchez production is complete without one or two excellent dubs, so as the icing on the cake we get versions of 'No Peace' and 'Choosing'. French-Spanish-Basque reggae gem!