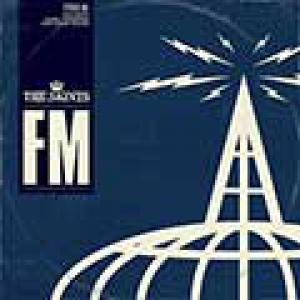 'FM', The Skints' new long player, turns out to be a concept album. Built around the imaginary FM 103.Skints, the album, conceived as a radio broadcast, is an ode to pirate radio stations like Kiss FM or Dread Broadcasting Corporation/Rebel Radio FM, who, among other things, were responsible for making reggae an integral part of British society. Production was once again in the hands of Prince Fatty, but instead of working with Soulbeats Records in France, this time the Londoners opted for Michael Goldwasser's Easy Star Records. Opener 'This Town', a great tribute to the British capital featuring Tippa Irie and Horseman in a supporting role, sets the tone for the rest of the album. Under the pseudonyms DJ Mr. Versatile and Dr. Ranking Pegasus, Tippa and Horseman also act as hosts of the fictional shows DJ Mr. Versatile Breakfast Show/Evening Session and Dancehall Dilemmas. Rocksteady lovers tune 'Come To You', with Marcia Richards on lead vocals, could just as well have been a track from a Hollie Cook album, and just as they did with Katy B's 'Katy On A Mission' in the past, The Skints once again tackle a song from outside the boundaries of reggae and ska; surprisingly enough, this time it's a reggae version of 'My War', originally a song by hardcore punk band Black Flag (among others counting Henry Rollins in its ranks). 'FM' confirms the solid reputation this young band from London had already earned itself with 'Part & Parcel'. Highly recommended listening!