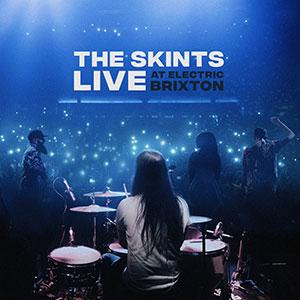 What does a band, that has literally built its reputation concert by concert thanks to an almost incessant touring schedule, do when suddenly being confronted with the limitations of a COVID-19 pandemic? For the London based Skints, the answer was clear: just release a rock-solid live album! 'Live At Electric Brixton' is the registration of a home game the Londoners played in October of last year in front of an enthusiastic audience of about 1500 loyal fans. Get ready for almost an hour and a half of live music by a band that is clearly having a blast on stage, and should you have attended one of the concerts from their Swimming Lessons Tour you'll definitely be catapulted back to that night. For yours truly, 'Live At Electric Brixton' doesn't stop at being just a rock solid live album, but rates among the best live registrations we've heard in reggae period. Instant classic without discussion... Skints, you guys hit it out of the park!