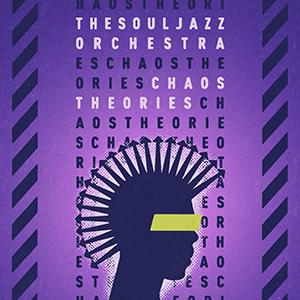 'Chaos Theories', the new album by Canadian band The Souljazz Orchestra, turns out to be the logical sequel to its 2017 predecessor 'Under Burning Skies', which was strongly influenced by music from the nineteen eighties. 'Chaos Theories' also still features disco-funk like 'House Of Cards' or 'Sky High' and a dash of calypso-meets-cumbia with 'Slumlord', but as the cover image shows, for this album, the Souljazzers also drew inspiration from the punk scene from that same decade. Take 'General Strike' for example: reggae meets afrobeat with a punk attitude, and immediately reminiscent of The Clash's oeuvre. For the fans of the first hour there's still a dash of sturdy afrobeat with 'Police The Police', a socio-political song worthy of Fela. Another delightful album by this band that keeps stimulating our musical imagination by constantly succeeding in avoiding well-trodden paths!