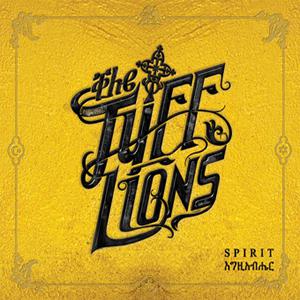 The Tuff Lions are a young eight-piece band from the Toulouse region in France, citing, among others, The Gladiators and Israel Vibration, but also Rootz Underground and Chronixx as their main sources of inspiration. In 2014, the band already presented 'Come To Fight', a first EP, now followed by 'Spirit', a first full-fledged album, recorded in Studio 809 and mixed at Fab Wize's Wise Studio. For 'Spirit' the young lions opted for English as the language and even though musically this album is a little gem, their lyrics occasionally show a somewhat limited knowledge of English vocabulary. Our favorites from the track list: nyahbinghi-influenced opener 'New Day ', 'So Long', a modern update of the nyahbinghi classic recorded, among others, by Mystic Revelation Of Rastafari, original ganja tune 'Green Queen', and the sturdy roots sound of 'My Lord' and 'My World', with our absolute favorite being 'Good Livity'. Excellent long player debut by the French answer to the Jamaican reggae revival!