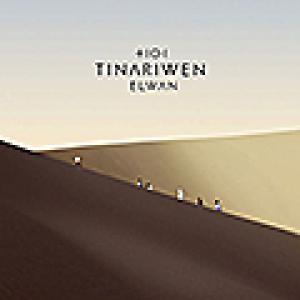 Recording back home in Kidal was and still is not an option, but for 'Elwan' ("the elephants") the members of Tinariwen remained a lot closer to home than for predecessor, 2014's 'Emmaar' (recorded at Rancha de la Luna in California's Joshua Tree National Park). As a location this time Tinariwen opted for M'Hamid El Ghizlane, an oasis in the South of Morocco on the border with Algeria. The elephants from the album title - at least in figurative form - pop up in 'Tàqqàl Ténéré' (loosely translated: "what's happened to the desert?"), a song in which Tinariwen criticizes the militias and multinationals trampling anything that comes in their path. As did 'Emmaar', 'Elwan' also features a number of guest musicians: in addition to guitarists Matt Sweeney and Alain Johannes, Kurt Vile (ex-War On Drugs) and Mark Lanegan also make an appearance, and it is mainly 'Nannuflay', the track featuring those last two, that shows the biggest influence from American blues. That being said, we prefer our Tinariwen as pure as possible, like is the case in bonus track 'Edaghân' featuring a deliciously dreamy intro on flute.