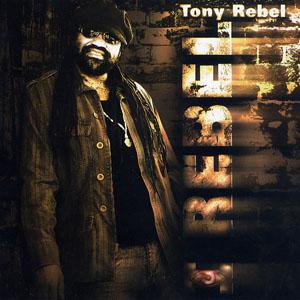 This new long player by Tony Rebel counts no less than twenty tracks, something his fans will hardly mind of course, as they were already waiting for a new Rebel album since the release of 2003's 'Connection'. From 'Connection' two tracks reappear on 'I Rebel' ('Lalibella' and 'For The Love Of You'). 'I Rebel' is a varied album - just about all reggae styles, from soulful ballads over conscious dancehall ('Hear My Cry') to rock ('Music') can be found in the track list - and includes some strong songs with seriously hit potential ('Take Care Of Yourself' on the great Roots Tonic riddim or 'Sweet Aroma' on the Superior riddim). Unfortunately, this album was only released on Rebel's own Flames label, so distribution leaves somewhat to be desired.