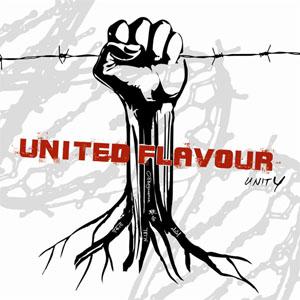 Salsa-muffin from Prague! To us the name of this this six-piece collective from the Czech Republic might not mean much yet, but in their own country United Flavour have already earned themselves quite a reputation. In great part that reputation has to be down to the fantastic voice, reminiscent of that of Nelly Furtado, of the Spanish Carmen Morejon. Morejon alternately sings in Spanish, French and English and is vocally assisted by Gogo Jean Michel Francis aka Djei, an Ivorian who fled to Prague. Listening to 'Unity' without prior knowledge, never makes one think this could be a release from a country in the former Eastern Bloc, but rather links it to bands from the Mediterranean region like Macaco or Sergent Garcia!