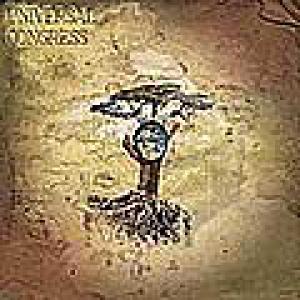 French reggae bands continue to pop up like mushrooms. This time we present Universal Congress, a seven piece band from Clamart (a suburb of Paris). On their self-titled debut album the septet serves up 6 songs and an equal amount of dub versions. The most striking song from the track list is opener 'Miss You 'Pon The Pillow', in which the violin of lead-vocalist Pierre 'Peter Atman' Boels (still a rare instrument in the reggae genre) is given a lead role. Universal Congress alternates between English and French, but, as often with French bands, it are the songs in their native language which to us sounded most convincing. With only six tracks 'Universal Congress' should rather be considered an EP than a full-fledged album, but none the less the members of this band, who seem to be quite gifted musicians, managed to convince us of their potential and we predict them a very bright future. Yet another excellent addition to the vast French reggae landscape.