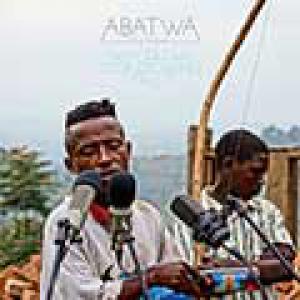 For the fourth part of his Hidden Musics series, this time Ian Brennan travelled to Rwanda where he explored the music culture of the Abatwa or Batwa, one of a number of pygmy tribes living in the Great Lakes region (the term Pygmy has a somewhat pejorative connotation, but there isn't really a proper synonym, as is the case for example with Eskimos/Inuit) and nowadays all too often suffer a marginal existence. Forced to give up their centuries-old nomadic existence, many Batwa now live in government-built villages, where, similar to the situation in many of the Indian reservations in the US, depression and alcohol abuse are rampant. In the title of the album, the Batwa pose a pertinent question: "Why did we stop growing tall?". At least part of the answer is to be found in the fact that in the past the tallest Batwa women were often kidnapped by rival tribes. In the track list, among other things, the 19-year-old female rapper Rosine Nyiranshimiyimana ('Umwana W'umuhanda/The Child From The Streets'), Emmanuel Hatungimana ('Rwanda Nziza/Beautiful Rwanda'), mother and son Ruth Nyiramfumukoye and Patrick Manishimine, both playing the umudili, an instrument similar to the Brazilian berimbau ('Umutesi/I'll Follow You Until You Kill Me'), and married couple Emmanuel Habumuremy and Ange Kamagaju ('Ihorere/Stop Crying Now'). In addition to the aforementioned umudili, the icyembe, an 11-string Rwandan instrument shaped like a surfboard, often the same size or even larger than the Batwa musician playing it, is also extensively used. Another nice piece of ethnographic field work.