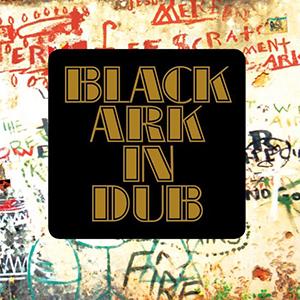 Both albums were originally released on Perry's Black Ark International label in 1981 and were recorded and mixed at Perry's legendary Black Ark studio in the Washington Gardens neighborhood of Kingston before he torched the place in the early 1980s.

For 'Black Ark In Dub' he recorded dub versions of Lacksley Castell's 'Jah Love Is Sweeter' (opener 'Jah'), Perry's own 'Lian A De Winner', Watty Burnett's 'Open The Gate', George Faith's 'Guideline' and Danny Hensworth's 'Mr... Money Man', completed with a freaky dub version of Ras Keatus' 'Dreadlocks I' and closing track 'Guidance' (a fixture in Jah Shaka's sets), while on 'Black Ark Vol. 2' more of the original vocals were preserved, with the track list featuring, among others, Carole Cole's 'Ethiopia', 'Got To Be Irie' by The Originals, Junior Byles' 'Mumbling & Grumbling', an alternative version with flute overdub of The Silvertones' 'Give Thanks', and a couple of successful covers by Third World vocalist Bunny Ruggs ('Let Love Touch Us Now', originally by Doris Duke, and Neil Diamond's 'I Am... I Said'), but the most striking song here is probably 'How Deep Is Your Love', a reggae cover of the world hit by The Bee Gees.

Both albums are released on vinyl as well as CD, but only on the latter version the original vocal cut of Lacksley Castell's 'Jah Love Is Sweeter' was added to the track list. In addition, Perry biographer David Katz ('People Funny Boy') was asked to write an accompanying contextual essay.