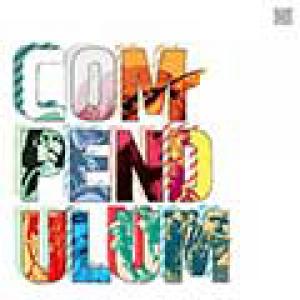 "This album isn't a compilation, it's not a remix project, it's not the vision of one producer or musician, it's not old and it's not new, yeti t is also in part all of those things...", thus reads the press release for 'Compendulum'. In fact, this compilation is the work of Chris Potter aka Compendulum, a Bristol based musician and producer who started his career as a keyboardist with Zion Band, the predecessor of the later Restriction. Of that last band Chris was never a member of though, as he opted to play with Talisman instead. When in 1985 he also bid that band farewell, Potter decides to build his own recording studio. For this compilation Chris was given free range by Sugar Shack Records boss Mike Darby and he was able to access a huge archive of master tapes by artists like Black Symbol, Bunny Marrett, Jashwha Moses and Capital Letters. The only name in the track list we hadn't previously encountered in the Bristol Archive Records/Reggae Archive Records/Sugar Shack Records catalogue is that of Prince Green aka Drummie, a Bristol based Jamaican who used to be active with bands like Moonflower and Henry and Louis. For yours truly the discovery on 'Compendulum' was a jazzy version of 'Bristol Rock' by Bunny Marrett. In reggae circles the song is best known in the version of Black Roots, but was originally penned by Marrett. In addition to ten vocal cuts, 'Compendulum' also contains six tasty dubs. Welcome to the musical universe of Compendulum!