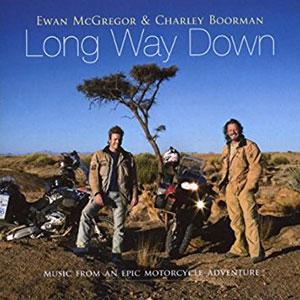 If the title of this album means nothing to you, you have missed one of the best road movies/travel documentaries in times. 'Long Way Down', a series on BBC2, in six episodes focused on the highs and lows of the motor trip that Ewan McGregor (yes that guy from Star Wars) and Charley Boorman undertook from John O'Groats in the North of Scotland to Cape Agulhas in South Africa. The series was good for several hours of fascinating television and not in the least because of the fantastic accompanying soundtrack. That soundtrack could really only be released by Real World and is now available as a double album. Real World-connoisseurs will undoubtedly recognize most songs, because the content of the two CDs is close to an anthology of the best that the label has to offer. Don't panic by the way: the series is also available on DVD!