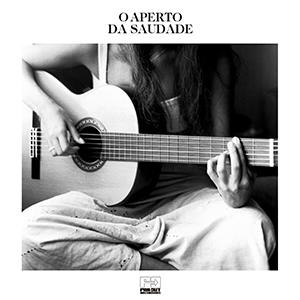 We've come to known Far Out Recordings as regular suppliers of reissues of Brazilian gems and new work by artists like Marcos Valle, Nomade Orquestra, Sabrina Malheiros, Clara Moreno and of course Azymuth. But in the midst of the COVID-19 crisis, the label now exceptionally presents 'O Aperto Da Saudade' ("the grip of saudade"), a compilation album for which Josh Tautz delved into the label's rich archives, selecting 15 tracks that all breathe Portuguese saudade.

Saudade is a deep emotional state of nostalgic or profound melancholic longing for an absent something or someone that one cares for and/or loves. It describes both happy and sad at the same time, which is most closely translated to the English saying "bitter sweet"; or as the Portuguese author Manuel de Mello put it: "A pleasure you suffer, an ailment you enjoy!".

With this compilation, Far Out Recordings now tries to translate the term by letting the music speak for itself. In Brazilian music, saudade was traditionally linked to bossa nova and samba, but on 'O Aperto Da Saudade' psychedelic folk, samba jazz and MBT can also be heard, in songs dating from 1965 to the present, performed by artists like Jose Mauro, Ana Mazzotti, Os Catedraticos, Azymuth or Victor Assiss Brasil, certainly well-known amongst fans of who will certainly not be unknown to amateur of Far Out Recordings label.

We conclude with the last two lines of the press release: "In times of loss and loneliness, recorded music has a magical power to lift the spirits, soothe the soul and serves as a great reminder that you are not alone". Excellent compilation to dream away on in this dark and sometimes harsh period in human existence about a time that may never return.