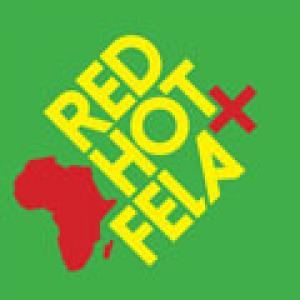 The Red Hot Organization, the non-profit organization started gathering funds to raise awareness in the fight against AIDS in 1989 by releasing thematic compilation albums, hopefully doesn't need an introduction. A compilation focusing on the work of afrobeat king Fela Kuti (who, after all, passed away from the consequences of AIDS himself) was already longtime in the books. For 'Red Hot + Fela' numerous artists from rock and pop reinterpreted a song from Fela's oeuvre and the resulting album isn't half bad. Our very own Baloji opens the festivities with a version of 'Buy Africa' accompanied by L'Orchestre De La Katuba featuring Kuku (the Congolese Belgian also makes an appearance on 'Afrodisco Beat 2013' with Tony Allen and M1). The tracks from the track list that tickled our fancy most were 'Sorrow Tears + Blood', for which Kronos Quartet joined hands with TV On The Radio's Kyp Malone and Tunde Adebimpe and Antibalas' Stuart D. Bogie, and the version of 'ITT (International Thief Thief)' by Superhuman Happiness, Sahr Ngaujah (the actor who played Fela in the musical "Fela!"), Abena Koomson and Rubblebucket. If you want to hear a different approach to Fela's music, this is the compilation to get!