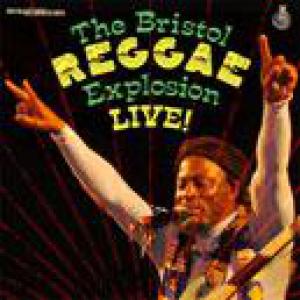 The title of 'The Bristol Reggae Explosion Live!' might be a tad misleading, because, apart from some older Talisman recordings, this Bristol Archive Records compilation does not contain any live tracks. For good measure: part of the benefit concert that took place on August 26th 2012 can be found on the bonus DVD included in this package, but the CD is basically no more than a sampler of the label's catalog. In between familiar names like Jashwha Moses, Bunny Marrett or Talisman (who also acted as backing band for the other artists that were on stage that day), the track list also features more obscure talents (Lord John Hutchinson, Popsy Curious, Veronica 'Veeral' Morrison) from the Bristol reggae scene and all proceeds from the album will go to St. Paul's Carnival (London Notting Hill Carnival's smaller Bristol cousin).