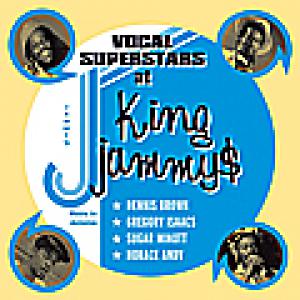 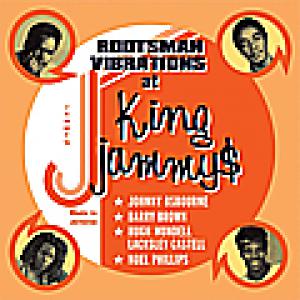 Fans of King Jammy's productions can rejoice as the Greensleeves label releases another two boxes each containing four albums from Lloyd James' catalog. The first box in entitled 'Vocal Superstars At King Jammy's' and focuses on albums some of Jamaica's top voices (Dennis Brown, Gregory Isaacs, Horace Andy and Sugar Minott) recorded for King Jammy. The vocal performances on these albums leave little to be desired, but some of the early digital riddims used by King Jammy at the time, now sound somewhat dated (though it should be said yours truly has never been a big fan of that digital sound). For Jammy enthusiasts!

A little older and a lot more interesting are the four albums in the 'Rootsman Vibrations At King Jammy's' box. The best known album from this box is undoubtedly Johnny Osbourne's 'Folly Ranking' featuring hits like 'Mr. Walker', title track 'Folly Ranking' and 'Trench Town School'. That being said, 'Folly Ranking' is not the most interesting disc in this box: 'Showcase' is a pretty rare album by Barry Brown, but the main reason for buying this box is Noel Phillips' (the future Echo Minott) 'Youth Man Vibrations' appearing here for the first time on CD.