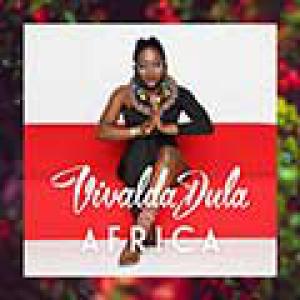 Angolan singer-songwriter and percussionist Vivalda Dula started her stage career as a dancer with the Minessa Dance Company, followed by Manésema (2006) and the self-founded Karapinha Dura (2009). These days Dula lives and works in the United States where she gradually started to focus on a solo career. In 2013 there was already 'Insanidade Mental', a first solo EP, now followed by 'Africa'. Musically 'Africa' reminded us of the work of West-African musicians like Dobet Gnahoré or Sayon Bamba, but with Vivalda alternating between Kimbundu, Portuguese and, just the once, English, echoes of neo fado acts like Deolinda or Oquestrada ('Sem Intenção', 'Negro De Desejo') can also be heard. A song that definitely deserves your attention is 'Mázui' ("voices") in which Dula tackles issues like child labor, modern slavery and human trafficking, often particularly affecting the weakest and voiceless in society.