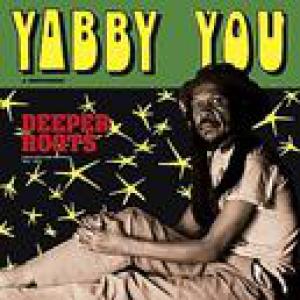 Their last few releases raised suspicions Pressure Sounds was slowly running on empty, but with 'Deeper Roots: Dub Plates And Rareties 1976 - 1978' the English label strikes back at it had been since Blood and Fire's 'Deliver Me From My Enemies' from 2006 that we'd seen a new Yabby You release. As the subtitle suggests, 'Deeper Roots: Dub Plates And Rareties 1976 - 1978' is a collection of obscurities from the catalog of Yabby You (for which the label worked closely with Yabby's wife) with an emphasis on dub versions and collaborations with lesser-known vocalists like Barrington Spence or Prince Pampidoo ('Dip Them Bedward', a criticism on Alexander Bedward aka Bedward The Flying Preacher). 'Deeper Roots' contains alternate versions of different songs which already appeared on other compilations. For those who were already blown away by Yabby You's sound 'Deeper Roots' is an essential addition!