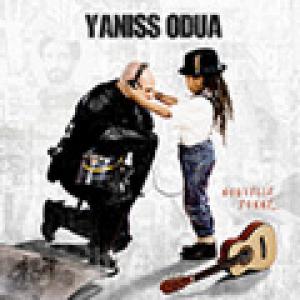 With the cover of his new album 'Nouvelle Donne' ("new cycle"), on which a Rasta boy hands over his headphone to a member of the French riot squad, Yaniss Odua clearly wanted to make a statement. The Clive Hunt produced opener and title track 'Nouvelle Donne', a call for cooperation as an alternative to the predominant individualism in our society, is classic Yannis Odua and immediately one of the top tracks on the album. Songs like 'Garder Mon Droit', our personal favorite in the track list, 'MDMA', in which Yaniss denounces the use of narcotics/drugs like MDMA, cocaine and XTC, and 'Bling Bling', a sharp analysis of bling culture, are of a similar order. In 'Refugees' Odua outlines the fate of the many refugees who, often in vain, try to reach Europe. For the up-tempo 'La Maison Ne Fait Plus De Credit', which in our view could easily become a summer hit, Yaniss goes ska, but a lot less to our taste was the heavy dubstep of 'Jump', the only real disappointment in the track list. For 'Nouvelle Donne' Odua also invited a number of guest vocalists: in 'Ecoutez-Nous' in, a call for a stop of the continued police violence in the French banlieus (suburbs), French-Argentine rapper Keny Arkana makes an appearance, and for the disco-flavored 'Feeling', Odua joined forces with Jamaican vocalist Brian Gold (half of reggae duo Brian & Tony Gold). With 'My People' Yaniss concludes the album in style, as the song is in fact a musical thank you to his fans. Yaniss Odua once again proves he reigns atop the French reggae scene.