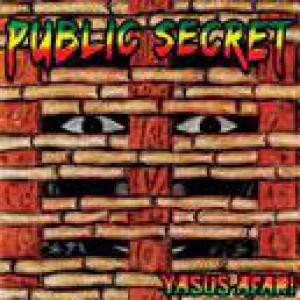 In many ways 'Public Secret' is the logical sequel to Yasus Afari's 2012 'Ancient Future' album. In his typical style, larded with humor, Afari delivers his verses over a number of new roots riddims. The most ear-catching songs on the album are opener 'Poetree Caan Nyaam' (in which Yasus tells of how in wanting to become a dub poet he had to fight against the prejudices of his own family) and 'Ring Pon Comedy' and 'Wine Pon Paper' (explaining his vision on dub poetry). The ten songs on 'Public Secret' are complemented with five dub versions.