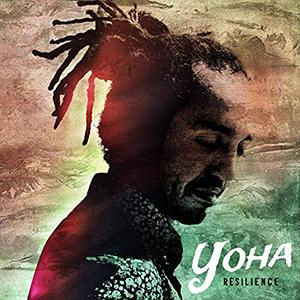 On this successor to last year's 'Mad World' EP, there's no longer any mention of The Dragon Tribe, Sofiana 'Yoha' Bichet's regular backing band, as for 'Resilience' Yoha joined forces with Official Staff, a four-piece band from Rouen, and left the final mix to veteran Godwin Logie in London. Official Staff created 9 new riddims (completed with two dub versions by Godwin Logie) and Yoha provided fitting lyrics. The album opens with title track 'Resilience', a UK stepper in which, just like on 'Mad World', some Indian influences emerge with the repetition of the Buddhist mantra "Om manipadmé hum". Other recommendations are the rootsy 'Pain And Suffering' or the militant 'Why You Mess With Me', but some other tracks ('Get Up Now Stand Up Man', 'The Power Of Reggae') couldn't quite convince.