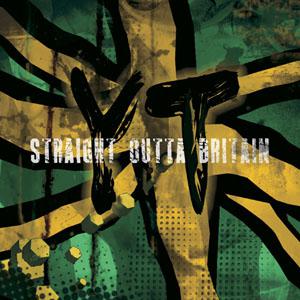 One could consider YT (pronounced "whitey") to be the English answer to Gentleman and his debut album 'Straight Outta Britain' is an instant hit. YT switches back and forth between roots and dancehall without much effort and doesn't shy away from a bit of drum & bass ('Surround You') either. Well know riddim classics were only used in moderation on 'Straight Outta Britain' (Declaration Of Rights and Roots Tonic) and it's above all YT's strong lyrics that stand out; in 'Mind' YT criticizes the nihilism of today's dancehall music and 'Wicked Act' is a tangent account of last year's suicide bombings in the London underground .