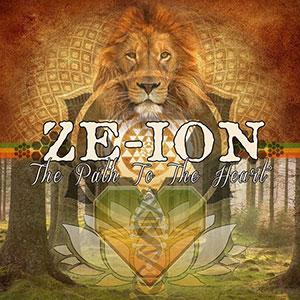 Ze-Ion is the pseudonym of Joseph Zizzo, a singer-songwriter from Lake Zurich near Chicago.

Joey's musical adventure began in 2008, when he taught himself to play keyboard and and guitar. During this same period, he also began to experiment with cultivating cannabis, thus also discovering the rich Jamaican music culture.

After Joey graduated from high school in 2015, he moved to Oregon to further study marijuana growing techniques. He started to immerse himself in the music of Jamaican icons like Sizzla, Capleton, Richie Spice and Luciano, discovering Rastafari and ital living in the process.

Back in Chicago, he stumbled upon Tribal Seeds guitarist Gonzo's 2017 'Round The Clock' EP. Ze-Ion learned the EP was produced by a certain Rick Haze and was only too eager to work with the man himself. The two eventually got in touch, and after Joey headed down to Rick's studio in Orlando in 2018, debut album 'Truth n Rootz' was released in 2019.

The collaboration proved fruitful, as successor 'Ancient Way' already followed that same year, making this 'Path To The Heart' EP already his third collaboration with Haze to date.

In the track list, three songs: the dubby 'Heart And Soul', about putting your heart and soul into everything you do, the similar closing track 'True To Your Heart' ("follow your heart"), and finally gyal tune 'Hit List', featuring Koa Lopes aka Inna Vision on bass.

We never heard Ze-Ion's first two albums, so we'll just consider this 'Path To The Heart' a nice calling card from an artist who will perfectly fit in perfectly with Rebel Sounds Records or Roots Musician Records.