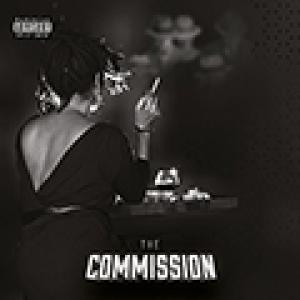 In all honesty we have to admit we'd lost sight Ziggi Recado's career somewhat, but since last year's 'Ivan The Terrible' release, the Dutch-Antillean singjay seems to have evolved more and more towards a dancehall sound; a trend he also continues on this 'The Commission' EP (featuring a sleeve that could be a still from a film noir). The track list features six new songs for which Ziggi joined forces with producer Khari Capone. For 'The Commission', Ziggi put together an impressive guest list, as in four of the six tracks, Pressure Busspipe, Wafande, Million Stylez, Gappy Ranks and Taranchyla, all make an appearance! In the track list mainly gal-tunes ('What You Want', 'Grind Mode', 'My Love'), so it's no coincidence we were rather drawn to reality tunes like 'Survive' feat. Gappy Ranks & Taranchyla, and opener 'We're OK' feat. Pressure Busspipe & Wafanda.