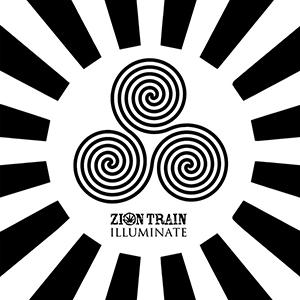 For 'Illuminate' Perch invited no less than nine different guest vocalists to the studio and collaborated with renowned musicians like Paolo Baldini (bass), Don Fe (flute) and Gianni Denitto (sax).

Neil also remains his committed ecological self and with this release supports the Stop Ecocide and Extinction Rebellion campaigns, having the album distributed with a reprint of the Leap Manifesto, a political manifesto released in September of 2015, during the Canadian federal election campaign, supported by a broad coalition of Canadian authors, artists, national leaders and activists, including actors Donald Sutherland, Rachel McAdams, Ellen Page, Sarah Polley and documentary filmmaker Avi Lewis, musicians Neil Young, Leonard Cohen and Alanis Morissette, and authors William Gibson, Naomi Klein and Michael Ondaatje, along with environmental groups and trade unionists, including former chairman Paul Moist of the Canadian Union of Public Employees. Among other things, the document calls for a restructuring of the Canadian economy and a halt to the use of fossil fuels.

The track list of 'Illuminate' features 13 new tracks, with opener 'We Shall Rise' featuring Cara (born Cara-Jane Murphy and one of the new faces in the regular Zion Train crew) and the dubby 'Politrix' with Brummie singer-songwriter Prince Jamo already having been issued as singles prior to this album release. For the vocal part of 'Watch Where' Neil brought his other half Lua on board together with Afro-Cuban elder El Natron. The track opens with an excerpt from a recording of a 1970 speech by American Republican and Vice President Spiro T. Agnew (a trick Neil also already applied on 2007's 'Live As One' album, using an excerpt of a speech by Ronald Reagan).

About the how and why, Neil told us the following: "He was a pretty poisonous politician, but his statement that we have reached an age where subtlety and nuance are no longer relevant, are appropriate to the super polarized politics of the modern world. There is a double-edged satire in the use of his phrase about drugs as so much of modern society is drugged beyond sanity by many means (not just illegal substances). In fact, I believe many illegal drugs are actually partial gateways to removing our minds from the bondage of legal drugs such as capitalism, tobacco, alcohol, television and social media. Also, by extracting the voice of a conservative politician, and altering its perspective, I play on the actual theme of the song, which is that we have to be fully aware of the paths in life we tread, where they head and where they started.".

Lua re-emerges in 'No Peace', ending in an excellent instrumental outro in which Eddie Rieband's trombone was given a leading role. Another highlight from the track list is definitely 'Justified Silence', a collaboration with Rider Shafique, a dub poet and MC from Gloucester in the UK, who in the song recites lyrics that seems to tie in perfectly with the rhetoric and protests of the Black Lives Matter movement and that Neil summarizes as: "The lyrics for 'Justified Silence' are about the rise of fascism. The elevation of the profit motive beyond humanist motives. The silence of all those who are not initially directly impacted is complicity. We are living in global proto fascism due to the greed of a small number of us and the silence of most others... This is how it starts!".

Michele Grena, front woman of Wicked Dub Division, provides a touch of Italian charm in 'Cultural Memories'. Also Italian is Venetian Prince David, but in 'Unity' he just sticks to English. One of our other favorites on 'Illuminate' is the old school sounding 'Political Friction', with UK Veteran Brother Culture strongly condemning the political caste, rubbing in the whole Brexit-debacle once again, and featuring a short sample from U-Roy's 'Hot Pop'.

The album concludes with two instrumentals: the dub meets jazz of 'Journey To A Collective Illusion' and 'On Bidston Hill', a trip down memory lane for both Neil Perch and flautist Don Fe: "Don Fe and I, both grew up within a few kilometers of Bidston Hill, a popular spot in Merseyside, England both for country walks and youthful loitering, so we both have personal connections to the place. ...", but at the same time a musical nod to 'Up Wareika Hill' by trombone legend Rico Rodriguez. Excellent addition to the Zion Train catalogue!